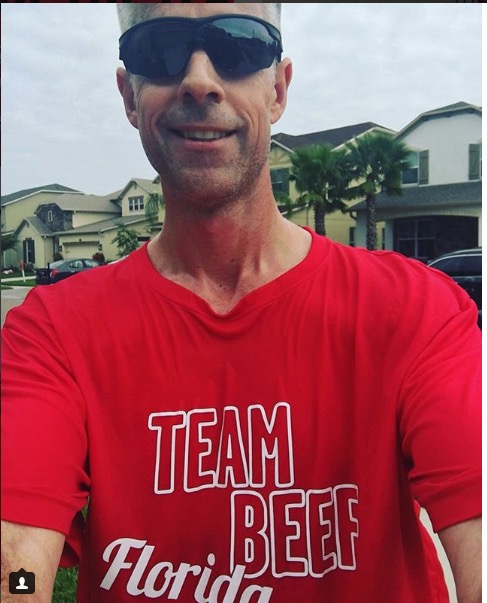 I am a structural engineer, a husband and a father.  In between all of that I try to be a triathlete.  After growing up in a small town in Ohio and then attending college in Toledo and working in Columbus for four years, my wife and I decided we were tired of the snow so we moved to Florida.  While living in Ohio, the longest race I had participated in was a 5k.  Florida offered the opportunity to train outside all year long.  In 2012, I signed up for my first half-marathon.  I completed several more before tackling my first marathon.  A year later I completed my second marathon.  A former colleague from Ohio had completed several 70.3 and 140.6 races and had been encouraging me to try triathlons.  I figured I could bike and run but wasn’t certain about swimming.  In November 2014, I walked into a local gym that had a pool and signed up for a membership.  The next 4 months included watching numerous YouTube videos and a bunch of trial and error trying to figure out how to swim for a triathlon.  Eventually, my 100 yard sets transformed into 400 yards and then that transformed into 800 yards.  I was ready for my first triathlon!  That first sprint triathlon provided the motivation to continue training and to try longer distances.  My first half distance race was the HITS Naples 70.3 in January 2016.  I finished in 6:05.  Soon thereafter I signed up for IM Louisville 140.6 and IM Ohio 70.3.  I completed the IM Ohio 70.3 in August 2016 and IM Louisville 140.6 in October 2016.  In March 2017, I completed the Intimidator 70.3.  With 3 halfs and one full under my belt, I’ve learned a ton of lessons from nutrition to training to race strategy and everything in between.  Each race, no matter what the distance, is a learning experience.  I’m constantly amazed and inspired by the people I see at these races.

Team Beef Florida represents not only members who recognize the nutritional benefits of lean beef but it also represents normal everyday people with full-time jobs who are able to weave triathlon and running into their busy schedules.  That’s very appealing to someone like myself who is in the same situation.  I’ll never be the fastest swimmer, biker or runner; however, I’m okay with that.  Each time I race I try to enjoy the experience and encourage others I’m racing with.  Having teammates with similar goals and similar abilities often leads to success of the collective group.  I enjoy the comradery of being part of a team and would be honored to be a part of Team Beef Florida.